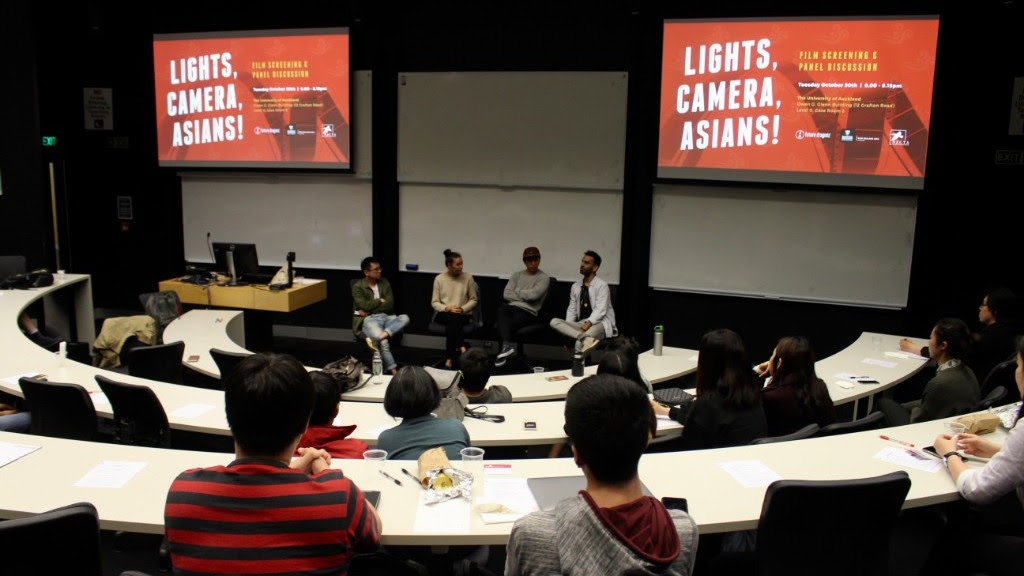 We recently held “Lights, Camera, Asians!” with Future Dragonz, a film screening and panel discussion about Asian representation in New Zealand. The evening started with screenings of “The Han Chronicles” and “Asian Men Talk About Sex”, two short films that predominantly feature Kiwi Asians. After the screenings, we were honoured to be joined by four creatives who were involved in the films: Chye-Ling Huang, Calvin Sang, Nathan Joe and Mayen Mehta. With discussion led by Nathan Joe, the panellists spent an hour talking about a wide range of topics, from how the films were funded and the technical aspects of the production, to how Asian creatives can get into the industry and overcome the racial barriers in place. Thanks heaps to all who turned up on the night! Special thanks to the New Zealand Asia Institute for their kind sponsorship of the venue, and to the speakers for giving up their time to provide us with their insight.