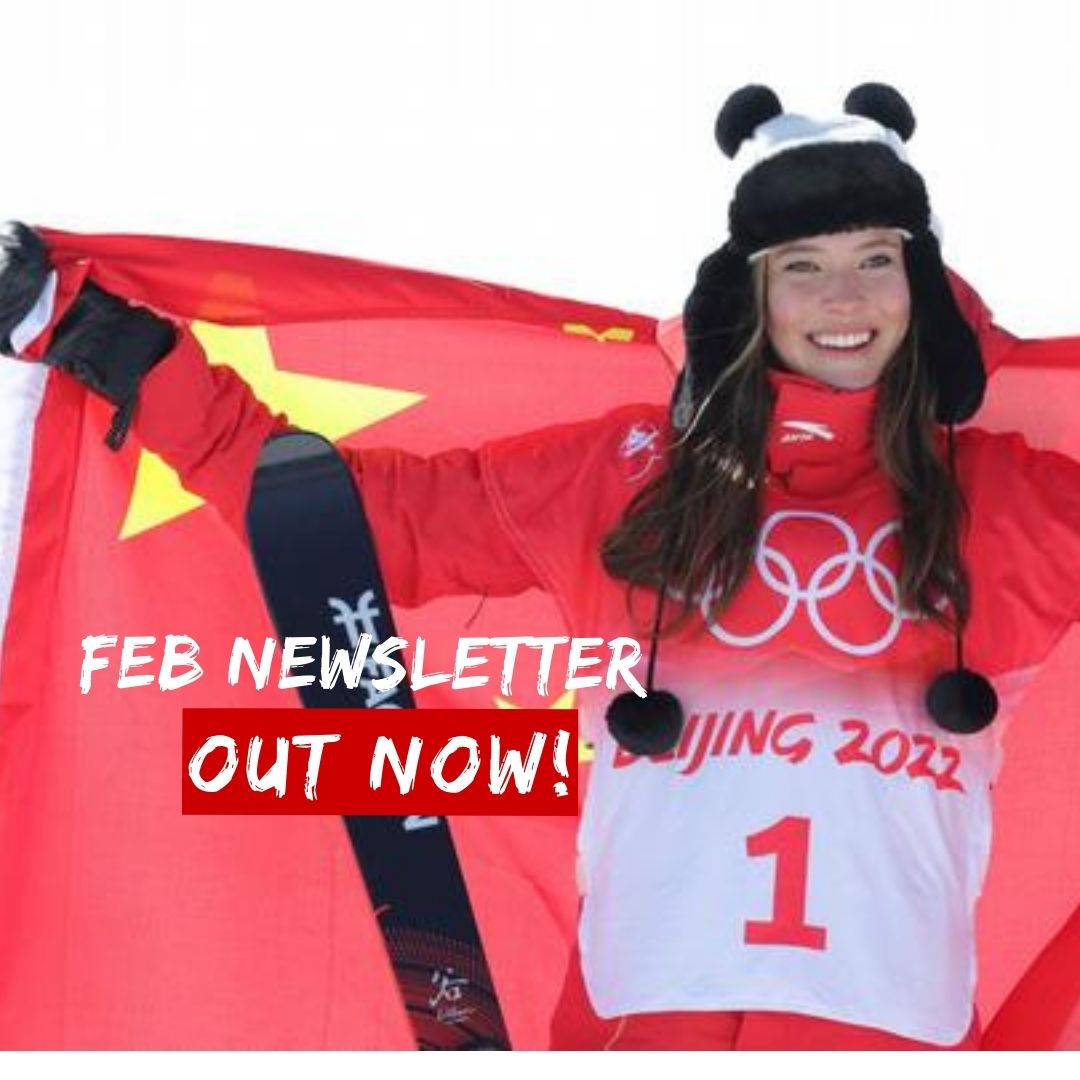 For the majority of us, 2022 kicked off with a bang, and the YA has been no exception. With everyone coming back from their holidays and travels, we've gotten right back into the thick of things. In light of the Winter Olympics in China, 8 new YA committee members joining our team, and the popularisation of Chinese culture throughout the city of Auckland, February has been a triple cause for celebration. 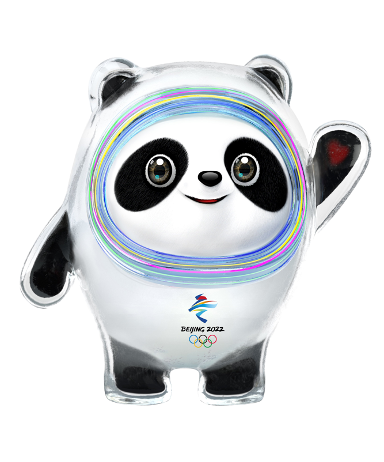 As a result of Zoi Sadowski-Synnott and Nico Porteous’s success at the 2022 Beijing Winter Olympics, these Games are now New Zealand’s most successful Winter Olympics in 70 years.

Dressed in a full-body icy suit, the 2022 Winter Olympic mascot “Bing Dwen Dwen” has won worldwide acclaim among Chinese and international athletes during the Games. In Mandarin, “Bing” translates to ice, and symbolises purity and strength, while “Dwen Dwen” means robust and represents children. Its generous and enthusiastic figure and the Chinese culture it implies has brought warmth and hope to people during the pandemic.

Even as the Olympic curtain is pulled down, the cuddly mascot “Bing Dwen Dwen” still remains in high demand in China. In the first 30 minutes of presales, the Olympic store on Chinese e-commerce platform Tmall generated over 18 million yuan ($4.2 million NZD) from purchases of the special edition mascot.

You can read more about Bing Dwen Dwen here. 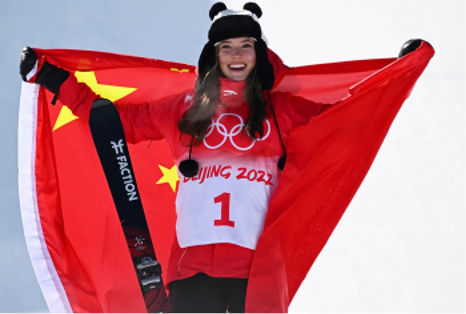 As the Winter Olympics wind down, 18-year-old double gold medallist freestyle skier, Eileen Gu, has become an overnight sensation in China. Eileen Gu, also known as Gu Ailing in China, was born to a Chinese mother and an American father in San Francisco. She made the decision to compete for China at the Winter Olympics in 2019. Despite the heated debate surrounding her choice, Eileen stated that “(her) mission is to use sport as a force for unity, not as a divisive force. It doesn’t have to be related to nationality.”

“The opportunity to help inspire millions of young people where my mum was born, during the 2022 Beijing Olympic Winter Games is a once-in-a-lifetime opportunity to help promote the sport I love.” Following Gu’s rise in popularity, Trip.com stated that between last November and this January, ski resort bookings nationwide lept an astonishing 363 percent in comparison to 2020 numbers.

During the Games, Gu successfully executed a left double 1620 with a safe grab and achieved the highest score, winning the women’s free ski big air event. This was a difficult move that she had never before performed in a competitive setting. With this, she has become one of the hottest marketing commodities in mainland China.

The hashtag #EileenGuGoldMedal has been viewed more than 3.5 billion times on Weibo (China's Twitter-like platform), with the teenager netting 5.2 million followers on her account. Aside from her skiing career, Gu is also a model, and her multicultural identity has made her one of the most in-demand candidates amongst some of the world’s biggest brands, including Louis Vuitton, Tiffany & CO., Estee Lauder, Anta, Yili, and China Mobile. A new Gu endorsement is estimated to earn her about 15 million yuan ($3.5 million NZD). Jerome Lau, the managing director of Singapore integrated marketing communications agency Splash Productions, said: "Eileen Gu can be perceived as a bridge for brands to resonate with the consumers in the China market. Not only that, she gives the Chinese brands that she's working with an international perspective."

With regards to her next steps, Gu will start her freshman year at Stanford University in the fall of 2022.

#3. 落地⽣根 To Grow Roots Where They Land 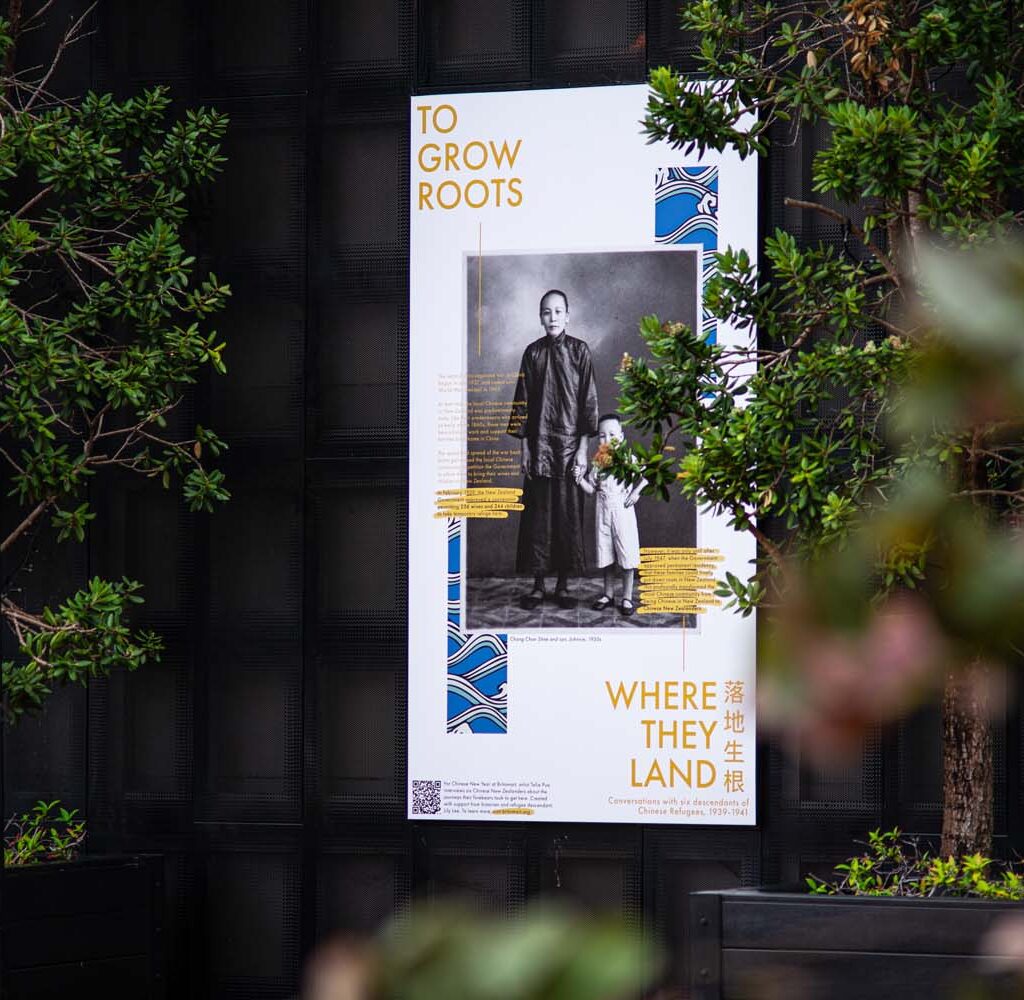 In celebration of the Lunar New Year for 2022, artwork from Talia Pua is on display in Auckland around Britomart and Tatukai Square. Two pieces that have been comissioned bring together the long history and stories of some of New Zealand’s longest-living Chinese migrants in Auckland.

Located in the centre of Tatukai Square and part of the Whale’s Tale art trail, 新金山 New Gold Mountain is a migration story of Aotearoa’s earliest non-European and Pacific settlers. First arriving in the 1860s to work the abandoned gold claims in Otago, the Chinese have played an important and often overlooked role in the formation of Aotearoa’s multicultural identity. For the thousands of men who came in search of their fortune, and the wives and children who later followed, Aotearoa was 新金山: a land full of golden promise for a better life.

The following artwork follows the journey of Chinese migration to New Zealand following the outbreak of the Second Sino-Japanese War. In ​1939, the New Zealand Government approved a concession allowing 256 wives and 244 children to take refuge here on two-year temporary permits. 落地⽣根 To Grow Roots Where They Land tells the story of 6 descendants of some of these Chinese refugees’ wives who settled in Aotearoa. Consisting of poster panels located around the Britomart Pavilions and flags around the precinct, these stories tell a rich history marking the first steps of leaving behind the title “Chinese in New Zealand” to instead become “Chinese New Zealanders”.

Read more about the artwork and stories here 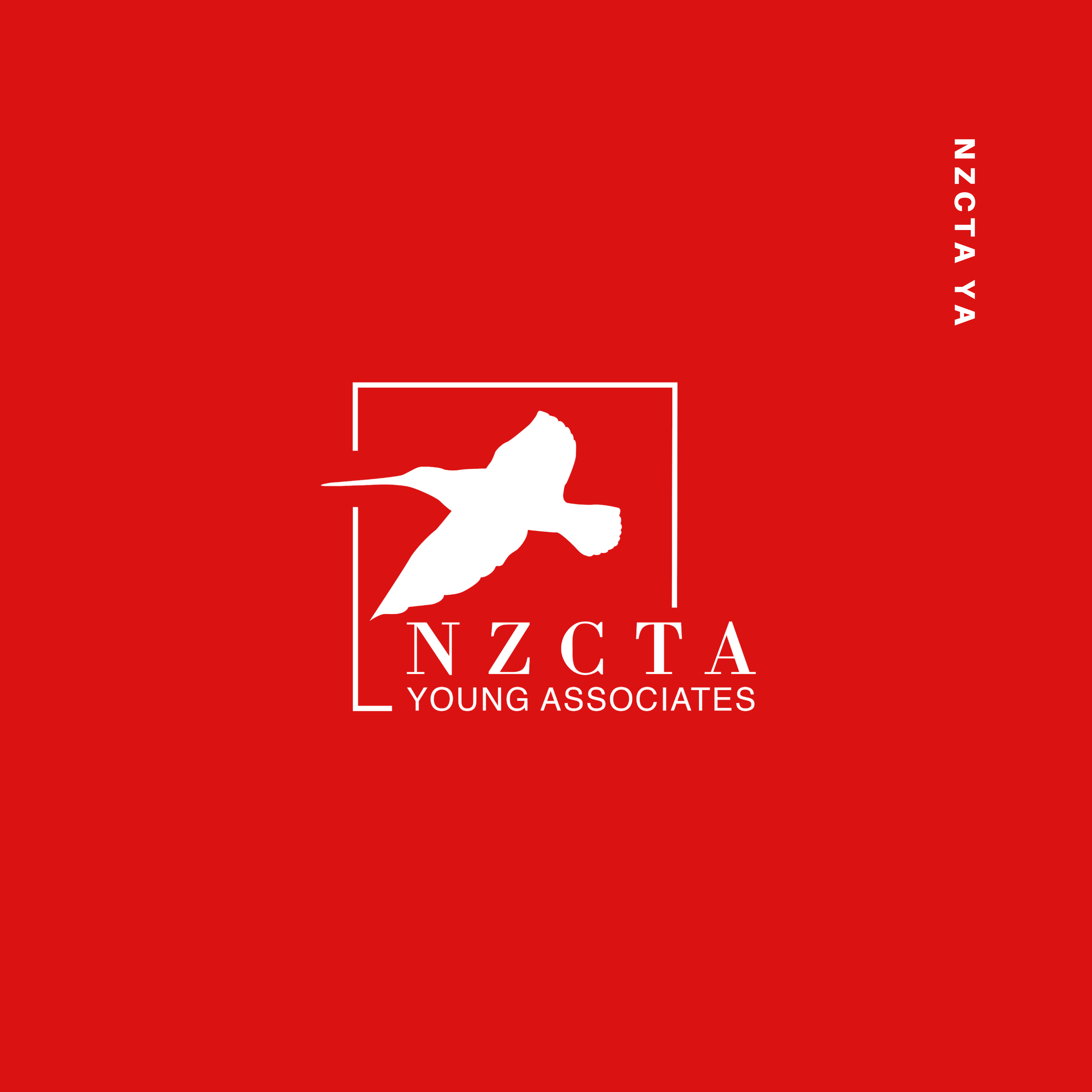 The Young Associates (or YA, as we’re fondly known by our team) have welcomed 8 new committee members! This is our biggest intake of new recruits in recent years, and we can’t wait to see the new and amazing things coming in 2022.

We welcome Logan, Kate and Shu to the Operations team - all bringing in incredible ideas, especially social and cultural events when we are able and willing to socialise later on in the year! Coming in with dumpling cooking classes, dance classes, social get togethers and events that hope to focus on culture - watch this space for our up-and-coming cultural focus!

We welcome Mia and Shannon to the Communities & Tech Team, Mingming to HR and Ava and Milly to Marketing! They all bring incredible experience, both from university study and wider world business insights and know-how. Check out our Executive Committee to meet the newbies and find out what drives them in the China space!

With our increase in new committee members, we’re already planning our first event and are excited to share it with you all. This will be an online webinar coming at you this March, to ensure we keep our distance and limit physical interaction. On this occasion, we’ll be keeping things topical by delving into the issue of Digital Trade in the Post-Covid Era. If you've been wondering how businesses have been coping these past few years - and how some have thrived through Covid by using digital platforms - keep an eye out for our marketing and our line up of incredible speakers!

Check out our past events in the meantime, and keep your eyes peeled for our up-and-coming event announcements!

#5. Group Buying - The Way to Keep Costs at Bay 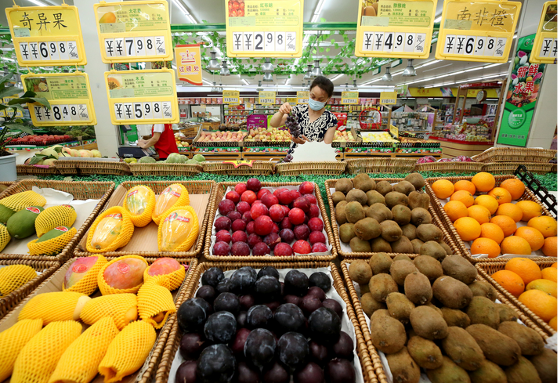 If you’re wondering why your Yo-Pro salary seems to buy you less and less with every grocery trip, don’t worry - you're not going crazy. With inflation at a thirty-year high of 5.9% per cent and exacerbated by the onslaught of Covid-19, creative measures are needed now more than ever to keep living costs at bay. One possible solution to this: group buying. If you didn’t already know about it, you should!

Group buying, or community grocery buying (CGB), is when groceries or other goods are bought and delivered in bulk, and it’s a popular means among Asian communities to save on staple items. Through CGB, people who live in the same neighbourhood can get groceries at a discounted price and save money on delivery.

With supply chain uncertainty and scarce availability of goods, Chinese New Zealanders have been using social media app WeChat to strengthen connections and help each other make purchases at a discount. It’s all about Guānxi 关系 (reciprocal relations) - an important value in Chinese culture.

From one retailer’s perspective, Christine Yan, owner of Sunson Supermarket in Christchurch, describes the “hyper-local” feature of group buying as an opportunity to find out more about their customers.

“Food and snacks that bring the taste of home are the most popular for our customers,” says Yan, whose business receives on average 500 online orders each week through group buying.

In China, large group-buying platforms like Pinduoduo and JD.com target consumers in lower-tier cities. Through offers like discounts and quick delivery, it is considered particularly attractive to customers on lower incomes.