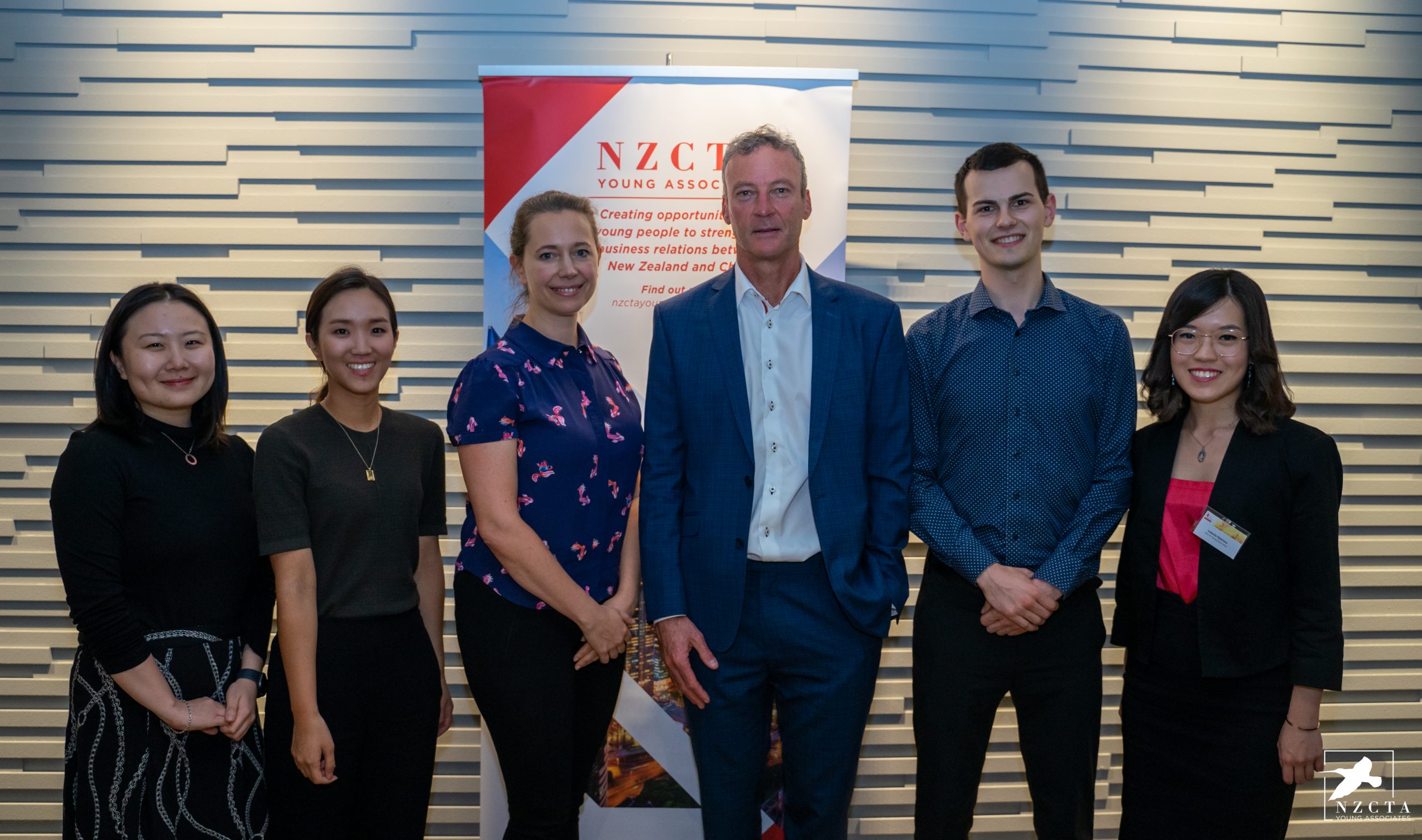 NZ-China Trade and the FTA Upgrade

After many lockdowns, the Young Associates were finally able to hold its first physical event on 23rd of March, and it was just in time to reflect on the most recent upgrades to New Zealand and China’s Free Trade Agreement (FTA).

First up was Antje Fiedler, senior lecturer at the University of Auckland Business School. Antje shared her academic insights on New Zealand and China’s trade relationship. She talked about the salient features of New Zealand’s economy, such as our distance and our productivity, and how we benefitted from having free trade agreements as a result of these features. Antje outlined how New Zealand and China’s trade relationship was one that was outward looking for New Zealand’s economy, as the policies driven by the government were logical when considering the size and growth of China’s economy. By being the first developed country to have an FTA with China, she remarked that New Zealand had a competitive advantage in that it has been able to establish its position in China’s economy early.

Antje emphasised that the key factor helping New Zealand’s SME’s compete in the larger market was our customer intimacy. It was delightful to know that studies show our companies are known to be dedicated, which is also a key driver of our innovation. She reinforced the importance of strong and relevant relationships, not only internationally but also domestically, as said domestic relationships can eventually lead us to other networks.

After Antje’s insightful talk, Barney Riley provided an insider’s perspective on the most recent upgrades to the FTA. As a Lead Negotiator at the Ministry of Foreign Affairs and Trade (MFAT), Barney gave a trade101 lesson that helped our audience understand the context in which the Regional Comprehensive Economic Partnership (RCEP) and the most recent upgrades to the FTA were signed. He also offered us his insights into the challenges faced by international trade rules due to the rise of protectionism, as well as the challenges faced by the World Trade Organisation due to issues in its governance, dispute settlement function and in its negotiation of trade rules. These issues in general were further exacerbated by the challenges that Covid-19 brought upon the world, resulting in the largest economic downturn since the Great Depression.

With this as his backdrop, Barney talked of how the RCEP and the upgrades to the FTA were signed to bring New Zealand strategic and commercial benefits, as well as set us back on the road to trade recovery. The upgrades to the FTA would reinforce New Zealand’s entry into the China’s market with improved trade facilitation measures and the further elimination of tariffs, he said. Barney also noted that RCEP shared similar features to the the FTA upgrades, but that the latter were more effective that the former.

Overall, the event emphasised that trade agreements’ cruciality, especially for a country as isolated as New Zealand, which relies heavily on exporting goods. New Zealand has had significant achievements with the existing trade agreements, however, there is still much to work on and improve regarding how to best benefit from these accords and the nuances within our strategies of trading internationally.

The event concluded with a lively Q&A and a long-awaited networking session.