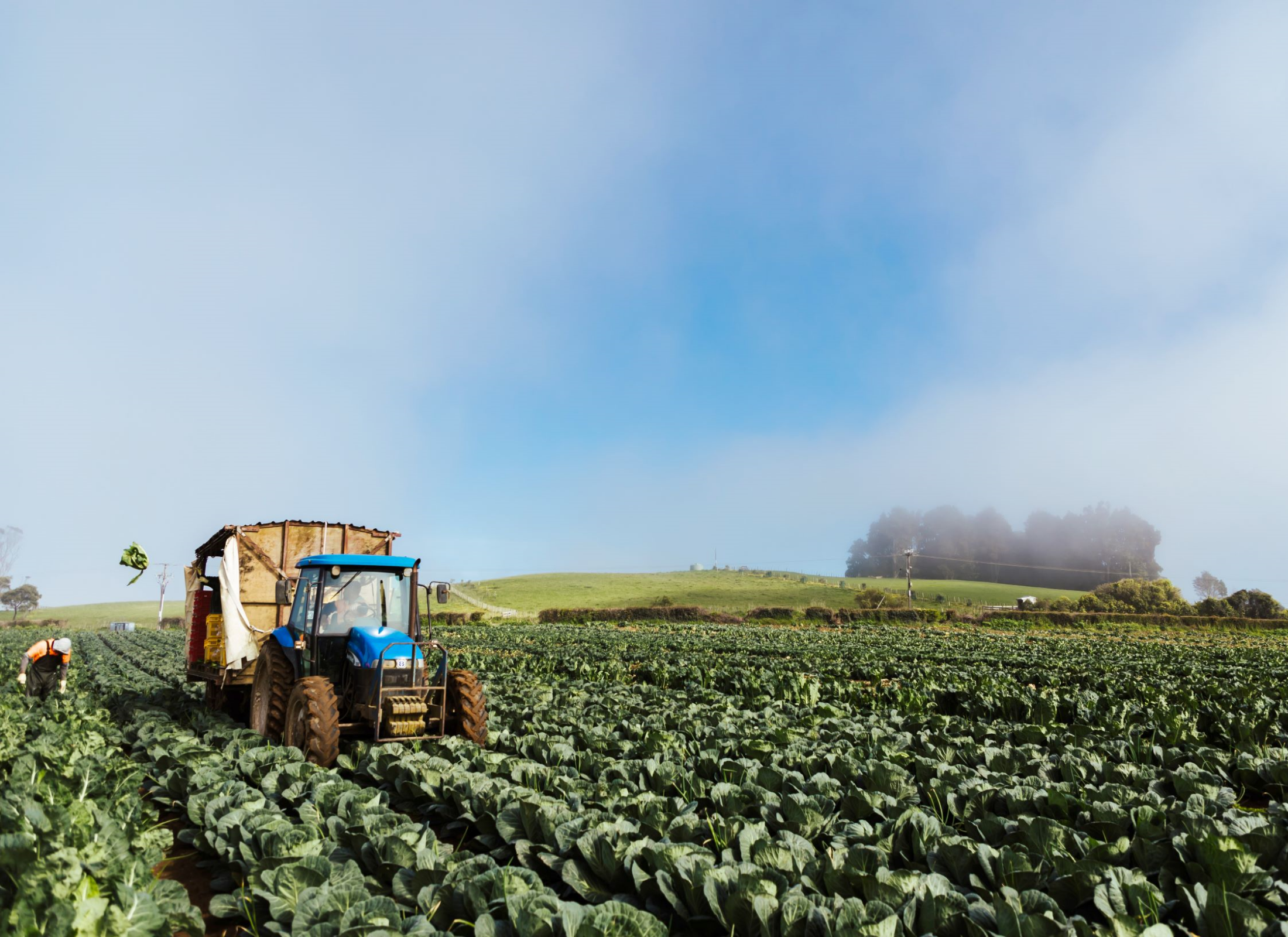 And just like that, another month has (almost) gone by! While we return to what may be our new normal, there's a sense of trying to catch up for lost time, in social lives and in business. The YA's May Newsletter is here to help you with both.

This month's newsletter showcases the spirit of opportunity. Whether it be the opportunity to start a new business, to create relevance of New Zealand in places where you wouldn't normally think, or to broaden your mind with writing from all backgrounds!

The YA committee has been working hard to create as many opportunities as possible for our network to learn and engage with each other.

With the limit on gatherings being lifted to one hundred people, we hope to be able to see you in person soon! In the meantime, check out what we have in store for you below! 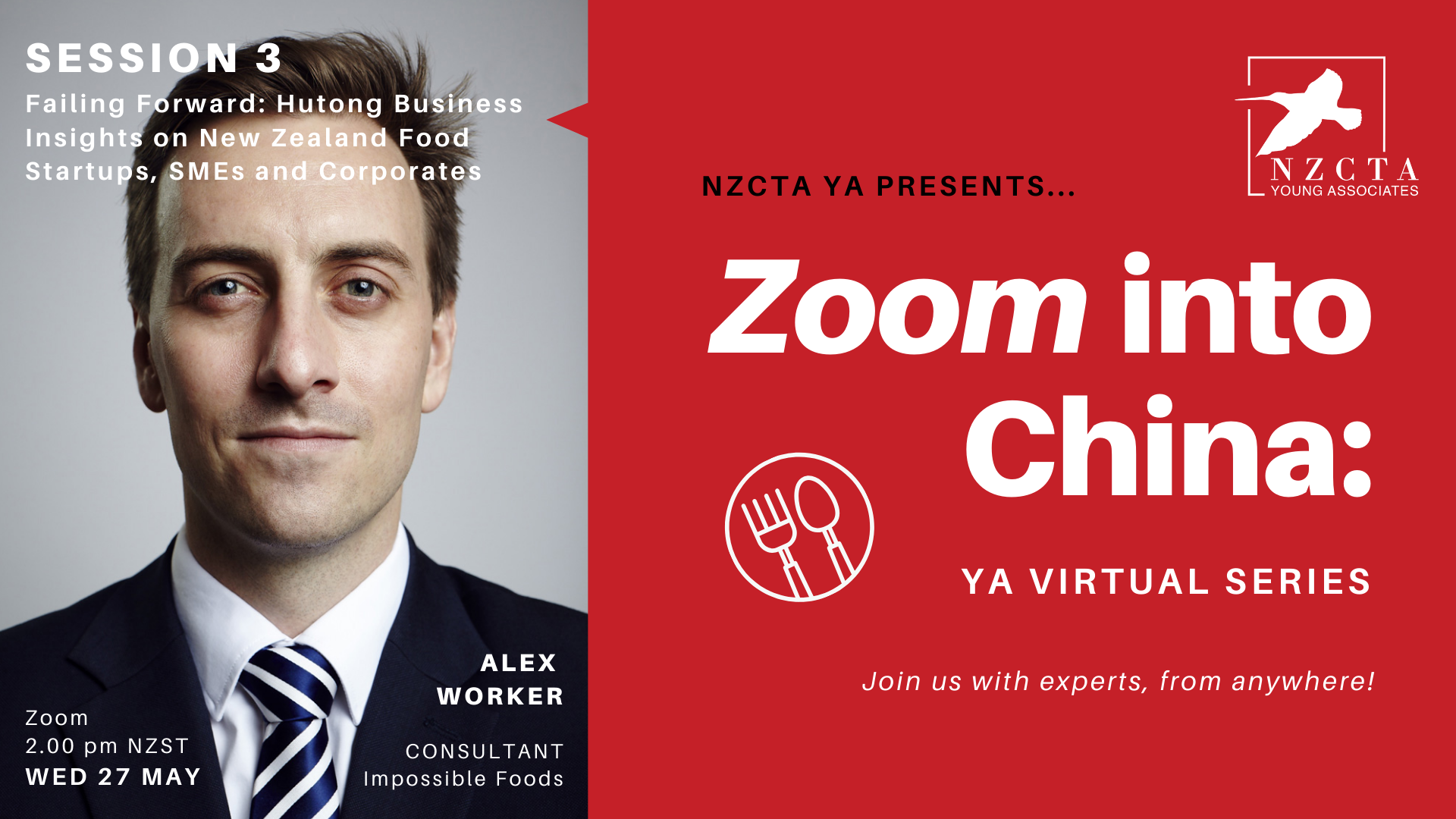 As we proceed into the future, being able to provide environmentally conscious foods to an ever-growing population is more important than ever. Thankfully, we’re bringing you a session where you can catch a glimpse into the development of this growing industry.

We are pleased to have Alex Worker join us our third YA virtual session. Alex's experience in the sustainable food industry is both extensive and impressive. Having started a collection of companies that have facilitated both the creation and the marketing of environmentally conscious foods, it is clear that this is his passion. Be it with Hatchery and Highground, companies that helped market products from overseas into the Chinese markets, or with Impossible Foods, a company that uses plant-based ingredients to provide a sustainable substitute for meat, Alex’s work is of global importance. Don't miss out on hearing his insight!

Register for session 3 here. See you on Zoom (look out for the link in the registration email), Wednesday 27th May at 2.00 pm NZST!

Ever wondered about the nitty gritty details of moving to China and what an expat’s life there is like? Are you keen to know what it’s like working for a Kiwi company in China? Well look no further than YA’s Virtual Session 4, featuring two Kiwi expats working for ZURU in China.

ZURU is a disruptive and award-winning company that designs, manufactures and markets innovative toys and consumer products. It is the fastest growing toy company in the world right now! The company started in New Zealand and now has a significant global presence, with operations in 10 countries and distributions to major retailers in over 120 countries.

Come join us in our story-time style Virtual Session 4 with Brittany Oliver and Stephen Drysdale, two of ZURU’s China-based Kiwi employees. They will share how they transitioned from university life in New Zealand to hitting the ground running in Shenzhen, China. How have they handled the differences in culture as well as working with Chinese domestic suppliers? Would they recommend living and working in China? Don’t miss your chance to get answers to these questions and gain insight into ZURU’s experiences.

Register for session 4 here! Click "Going" on our Facebook event page to stay up to date about the event! 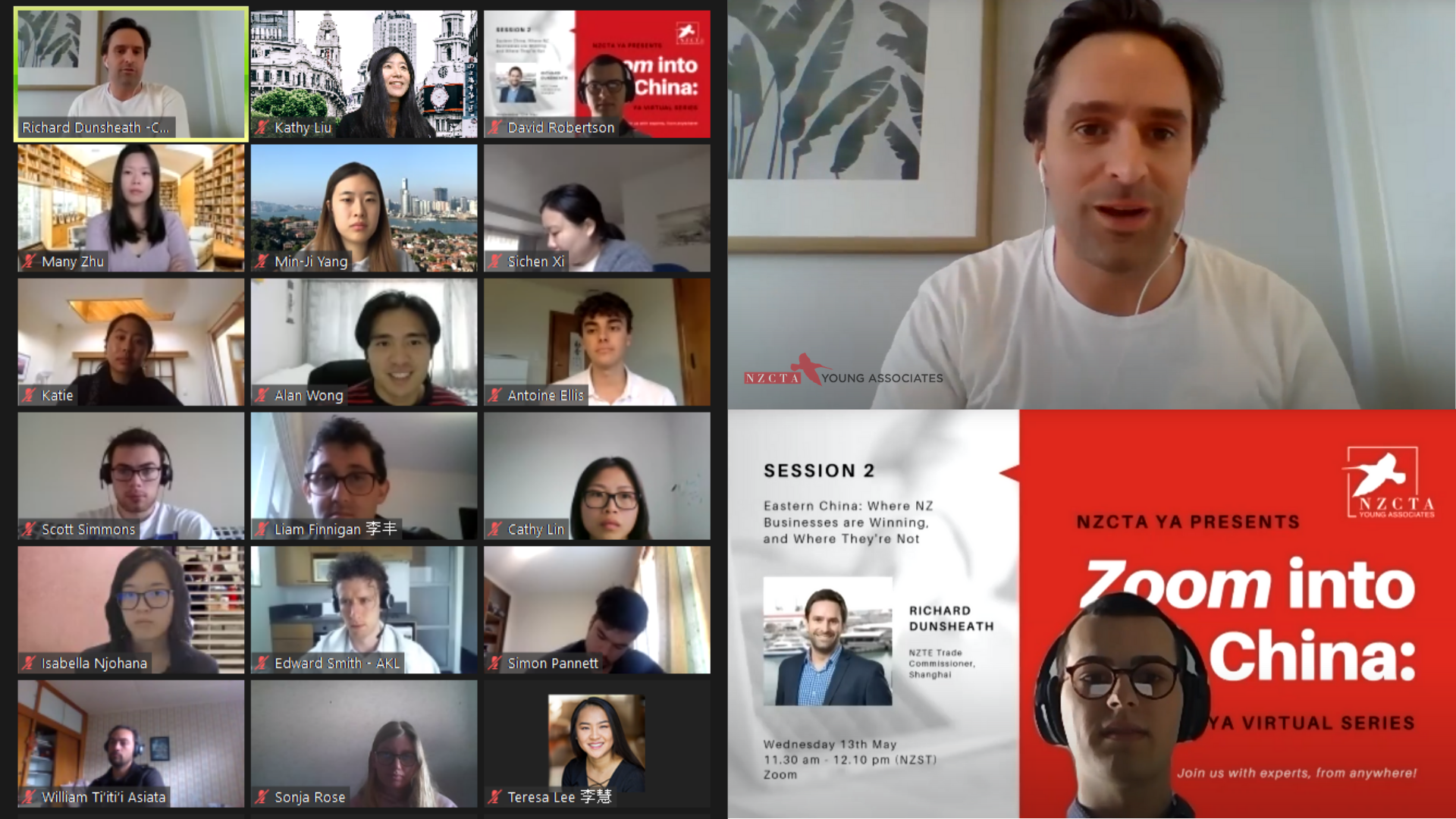 We'd like to give a huge shout out to all those who attended our Zoom into China Sessions 1 and 2! We are stoked to see such a great response to our YA Virtual Series so far; it has us motivated to keep up our online events as our post-lockdown world comes into sight.

We've been working hard to improve our post-event content to make sure that our events are able to live on and help our members. For our Zoom into China Series, all recordings, PowerPoint slides and extra content (such as extra Q&A questions answered by our guests post-Session) will be available for all YA members and attendees. We've almost finished up a revamped online membership hub too, so stay tuned for that (to join the YA fam: register to be a YA member)!

On top of this, we have been and will continue to write up Event Reviews on our website's Blog, spotlighting key insights and impressions from our events. Sooooo, missed out on YA Virtual Session 1 or 2? Came along but got distracted by a work call? Loved it and want to re-jog your mind on the content? Check out our Event Reviews for Session 1 and Session 2, live on our website! 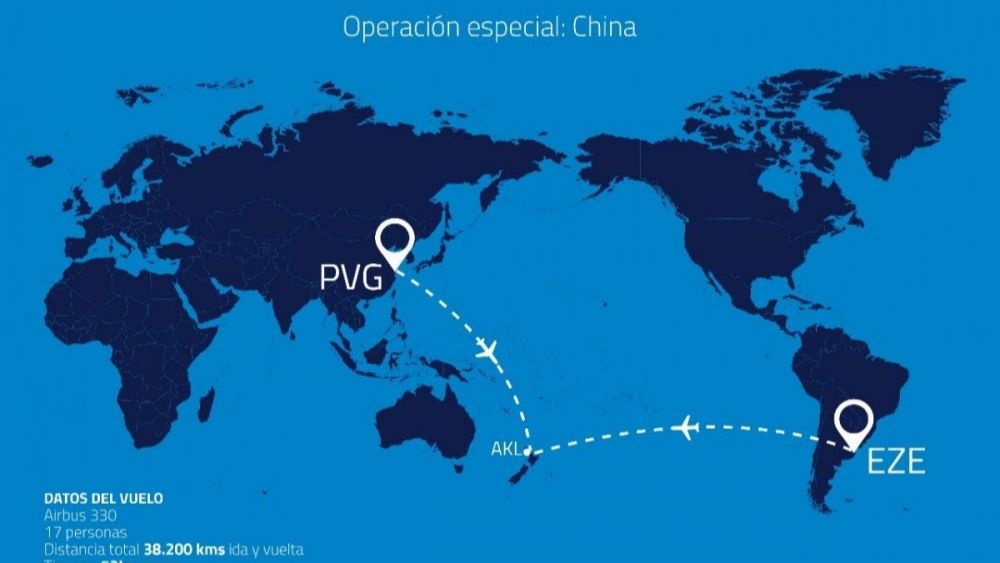 In a promising development, the much-hyped Southern Link, where Auckland would be used as a mid-point for travel between China and South America, has been flown for the first time. Since 15 April, Aerolineas Argentinas and LATAM Airlines have made return journeys from Argentina and Chile to Shanghai, collecting much-needed PPE and testing kits to help fight Covid-19 in their home region. The flights have stopped in Auckland for refuelling, reducing the traditionally long journey to 55 hours. NZ's Southern Link has helped create efficiency in a time of crisis.

Such a 'Southern Link' has been a hot prospect under the Belt & Road Initiative for quite some time. Rachel Maidment, the NZ China Council's Executive Director, signalled an economic study will be commissioned regarding what the Southern Link could further become. We look forward to seeing this collaboration grow!

In other news, Statistics NZ and MFAT have released their 2020 Q1 trade updates for trade between New Zealand and China (NZ China Council has added 2020 figures to their macro stats page). The numbers bring welcome and surprising news. Despite the challenges inflicted by Covid-19 this year, Q1 saw an overall 1.4% increase in NZ's exports to China. This is particularly thanks to a 31% increase experienced in January, which helped balance the subsequent -9% in February and -5.8% in March drops, compared to the same months in 2019. In the midst of this terrible virus, some promising signs for economic recovery! 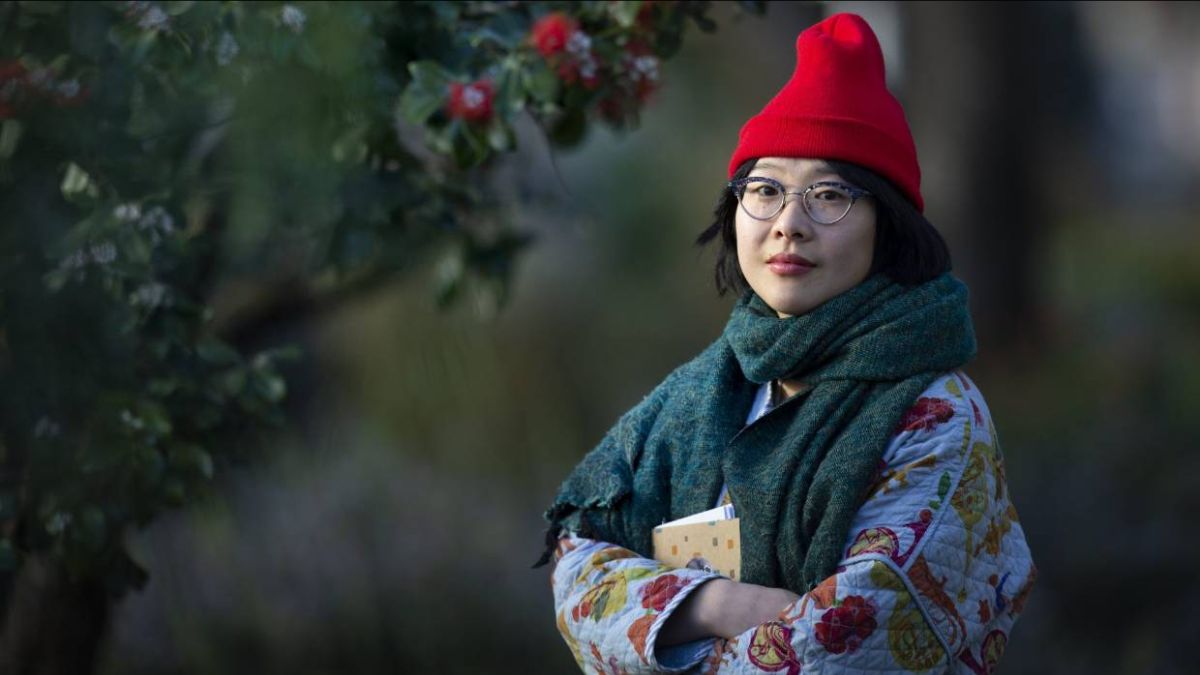 When I was a kid, there were pretty much no Chinese New Zealand writers for me to read. The only vaguely "Chinese" book I remember reading during school was Chinese Cinderella by Adeline Yen Mah, a memoir about an unwanted daughter set in the 1940s - not the most relevant story for me. There were definitely no books I could find dealing with Chinese and New Zealand.

The past few years though have seen a bold new generation of Chinese New Zealand writers emerge: K. Emma Ng released the seminal Old Asian, New Asian, which allowed readers to place themselves in the history of Chinese in New Zealand.; Sharon Lam was long-listed for an Ockham Award for her novel Lonely Asian Woman; Rose Lu (pictured) released her best selling essay collection All Who Live On Islands, a stunning book that felt like a warm hug from mum; and that's only a small selection, with more great writing being done by the likes of Chris Tse, Gregory Kan, Van Crofskey and Nina Mingya Powles.

This article from Stuff's Karen Tay is a great feature up of who these new writers are, and how they differ in approach from those that came before. And if you are looking for more Chinese New Zealand writers to read, it doubles as a great introduction!

#6. Your Voice: China and the COVID-19 Backlash by Liam Finnigan

Our Your Voice for May goes out to Liam Finnigan's think piece: China and the COVID-19 Backlash, which he wrote for the Asia Media Centre. Liam's piece asks for caution before seeking to assign blame on China for COVID-19 deaths outside of its borders. Read his piece here.

Liam has completed a Masters of Arts in Politics and International Relations at the University of Auckland, is a founder of the Mandarin-English Exchange Program and is one of our own Business Development Managers at the YA. Thank you, Liam, for all your contributions to the YA and congrats on the awesome write-up!

Want to be the next Liam and feature in our #YourVoice Segment next month? 😉 Whether you are an individual, part of a Collective or would like to refer us to another's work; if you have an interesting piece within the NZ-China space that you hope to share, this is the spot for you!

Please email us your submission to admin@nzctayoungassociates.com by midnight Sunday 21st June (word limit < 300 words) and you may very well be featured! Every reader who submits a piece will also get an awesome prize (such as a free ticket to the next session of our awesome Zoom into China Series!) ✨✍

Disclaimer: Opinions expressed in this newsletter are the sole opinion of the NZCTA Young Associates and do not represent the opinions of the wider New Zealand China Trade Association (NZCTA) or any of its executive committee.