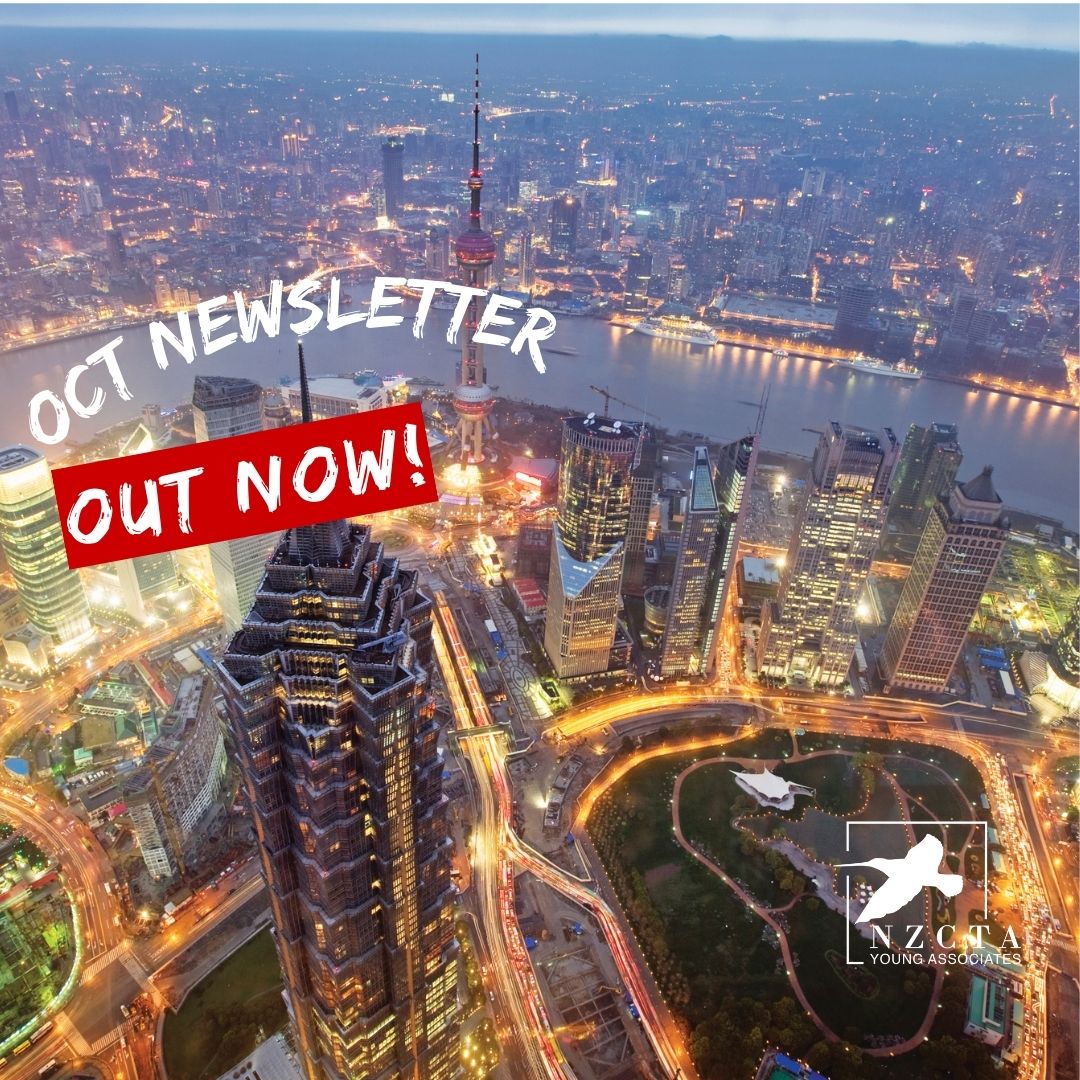 If you enjoy the Newsletter and know someone else who might as well, be sure to sign up to receive these newsletters straight to your inbox! - Sign up here

October was a month featuring numerous eventful comings and goings in both China and New Zealand. The YA attended the event “Celebrating 50 years of NZ-China Relations” by the Chinese Consulate this month, and we launched our third year of YA Connect! While Golden Week was taking place in China recently, we made do down here in Aotearoa with our three-day Labour Weekend, which - surprisingly - brought out some beautiful weather.

We hope you had a spooky Halloween and dressed up to celebrate with friends and family. Our favourite costumes we’ve seen have been by a family of three (plus dog): the dad as fish balls, the mum as shrimp cheung fan, the baby as char siu bao, and the dog as a mini siu mai. 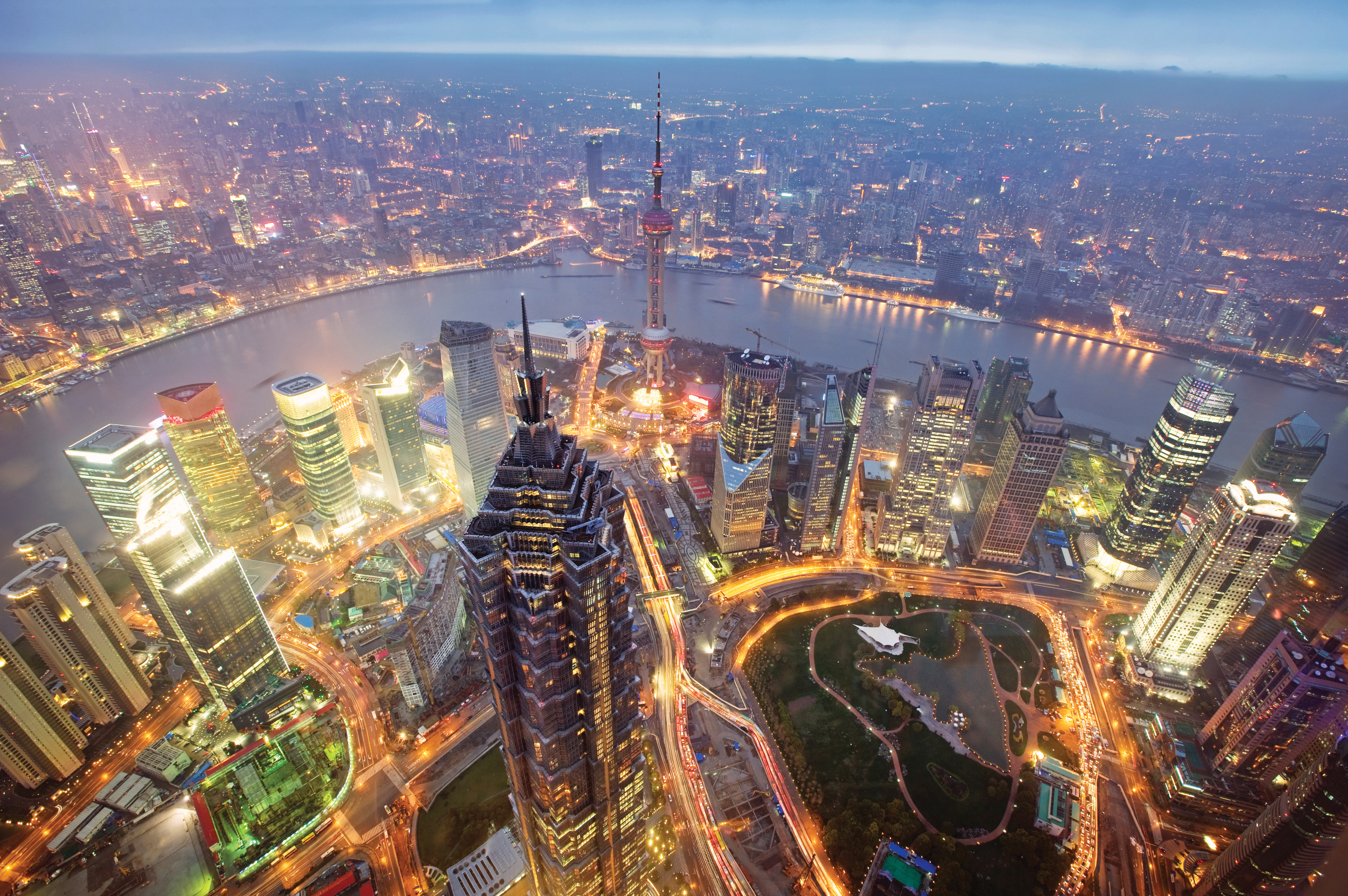 The term “smart city” is increasingly thrown around in today’s digital age, but what does it actually mean, and how does it impact the lives of everyday citizens? In a smart city, technologies such as 5G and interconnected sensors collect big data to manage the city’s utilities and resources in real-time - improving quality of services, infrastructure, and efficient consumption. Captured data can be used to manage resource consumption, such as water and power supplies and conservation, as well as to inform decision-making around urban development and the efficient movement of people.

The 15th China Smart City Conference was held in Beijing recently, with the theme this year being “Promoting data sharing and integration, serving the people full-time.” The realisation of smart cities was incorporated into the 14th Five-Year Plan’s (2021 to 2025) development goals for most Chinese provinces, and, as a result, the country’s digital infrastructure has rapidly evolved.

The Fengtai District of Beijing has attracted high-tech companies by offering subsidies through its incentive programme. This district alone now boasts more than 1,900 high-tech ventures, several of which are have implemented a number of smart initiatives across Beijing:

The wealth of data surrounding us is truly immense, and numerous startups within China’s top-tier cities are making use of this fact at an impressive speed, optimising life for citizens and improving resource efficiencies - a blueprint for others to follow. 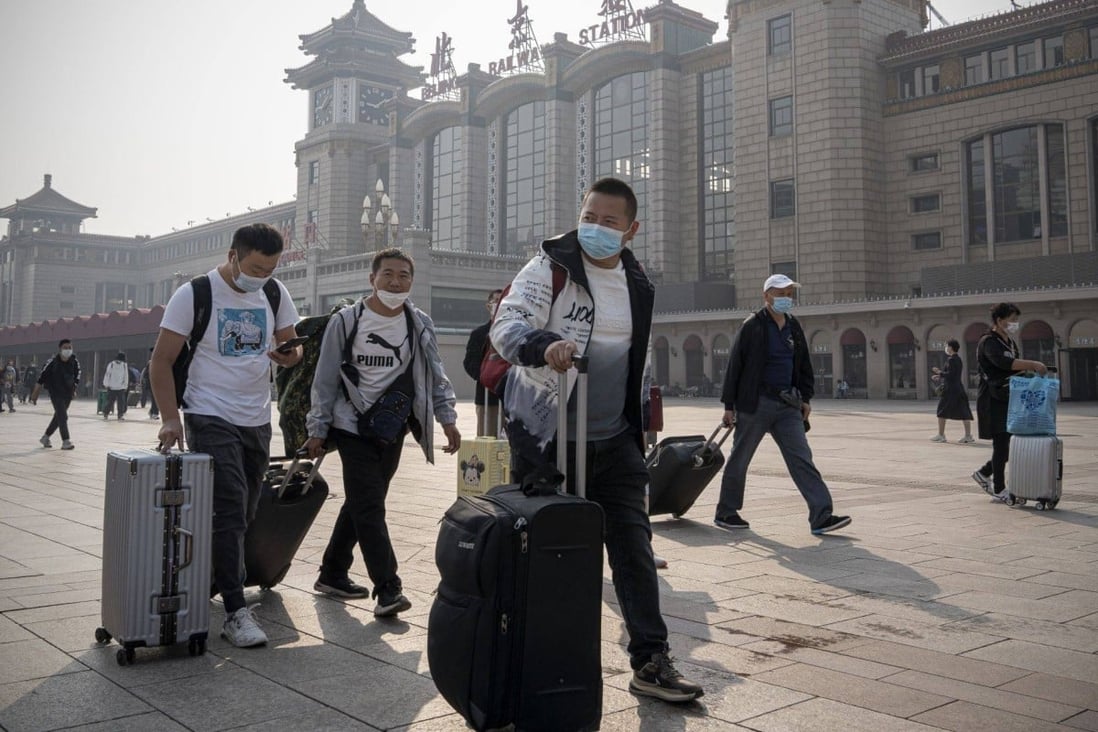 China’s Golden Week – a week-long National Day holiday kicked off on October 1st each year – took place recently, marking the founding of the PRC on October 1st, 1949. It was initially a three-day holiday but was boosted to seven days when the Golden Week system was put into place in 1999. This extension was intended to create growth in domestic tourism, and, as a result, the holiday witnesses considerable levels of travel as many Chinese use the week to travel home to visit family.

The festivities usually encompass a National Day Flag Raising Ceremony, a Military Parade in Beijing, various firework displays and shutdowns of various sectors in China to allow people to travel and enjoy their designated time off.

This year’s Golden Week found itself somewhat overshadowed by the Covid-19 pandemic, with travel restrictions and medium- or high-risk labels being given to numerous areas. In previous years, before the pandemic, 15 million people took railways throughout various parts on the country, while 2022 saw this figure decline to just 9.7 million, with traffic also predicted to face a similar drop.

Domestic trips, which are very common during the peak travel season of Golden Week, were down to 422 million - 18% fewer than last year. Many families are erring on the side of caution and staying in their hometowns to mitigate further infections or quarantines.

Those in China were urged by Health Authorities to remain in their current locations to help minimise the spread of Covid-19, especially in the lead up to the Communist Party’s National Congress in Beijing, which took place on October 16th.

However, the week after the holiday has been heavily debated in China, as many citizens were required to work a seven-day week as a result of the previous seven-day holiday. On the social media site Weibo, one trending hashtag read: “National Day holiday: rest for 7 days and work for 7 days in a row.”

An interesting detail worth noting: while this year’s Golden Week fell on October 1st through October 7th, the festivity used to land on the day on which the emperor was born or had ascended to the throne, but this has since been moved to October 1st to match the founding of the PRC. 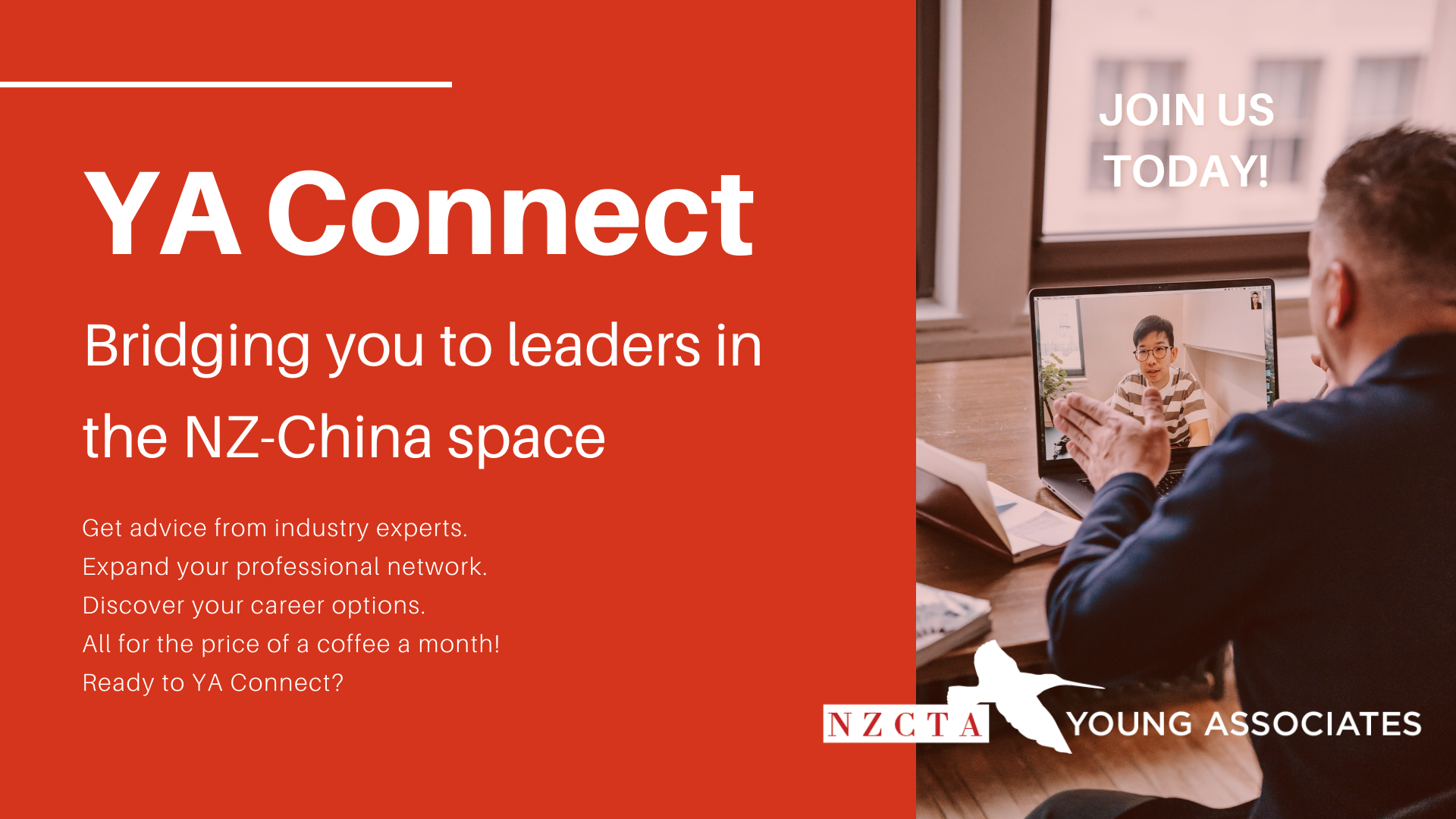 We’ve recently launched our YA Connect programme, with applications closing on the 14th of November. This will be our third time running the programme, with success-after-success stories both other occasions we’ve offered it!

YA Connect is a casual yet professional opportunity for YA members to link up with industry experts and advisors. We set both sides up with one-off sessions which allow you to expand your network and gain fresh insights into a number of topics across business, culture and self-development - basically whatever you tell us you're interested in! Simply let us know what skills or expertise you’re looking for, and the YA team will go above and beyond to successfully connect you.

The YA were stoked to hear that Cleo Gilmour - one of YA Connect's very first participants - was just recently appointed to the New Zealand China Council as one on its two “NextGen” emerging leaders. We connected Cleo with Alex Worker back in 2020, and together they went on to found the award-winning Lilo Desserts.

Once applications are received, our team will filter them through a selection process to find the best matches from our networks and have you connected in no time! 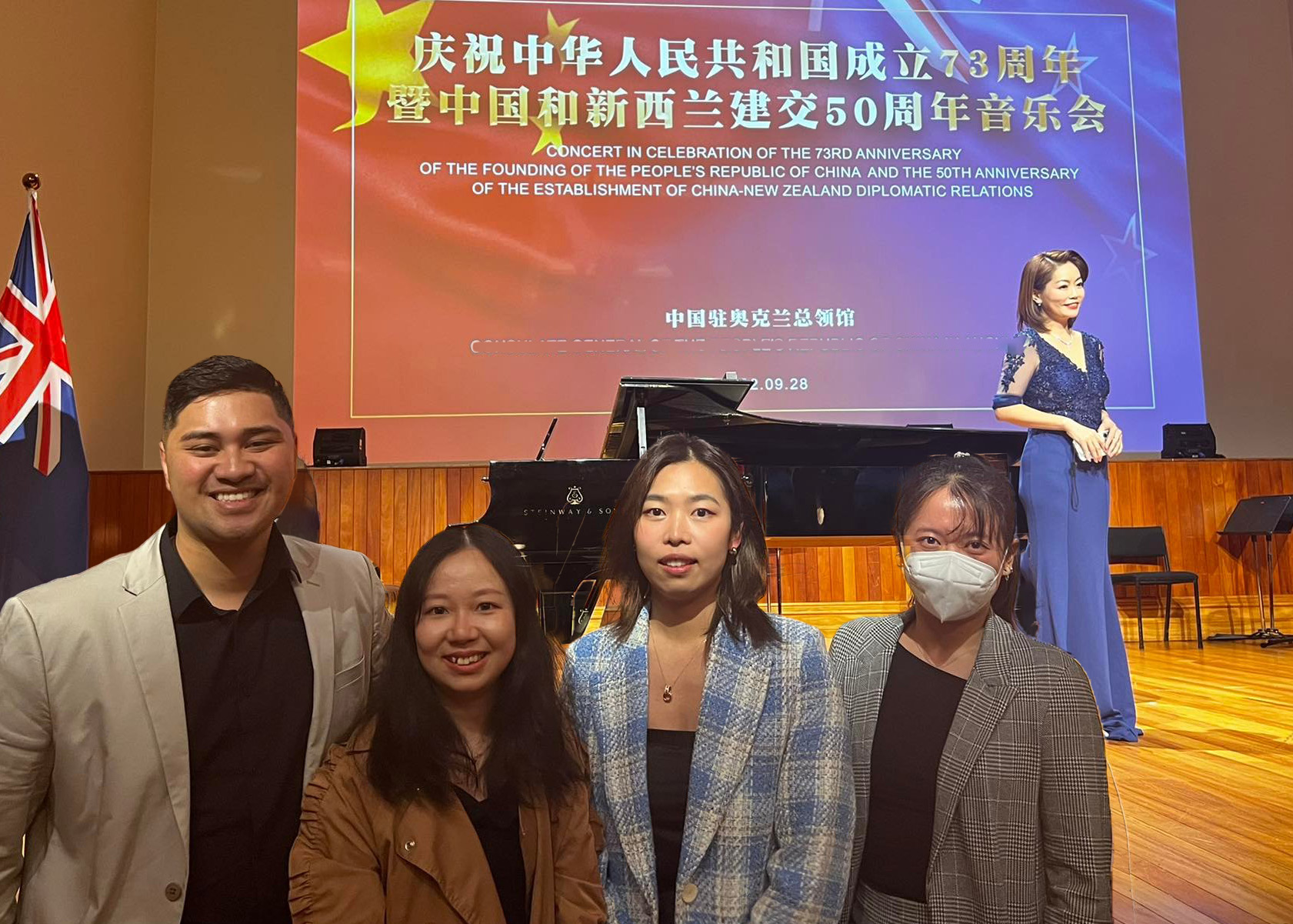 2022 marks a massive milestone: 50 years of formal diplomatic relations between NZ and China. The YA team and wider community have gathered in many forums to recognise and celebrate the tremendous moment. In September, we were invited by the Consulate-General of the People’s Republic of China to a concert featuring acts from both Kiwi and Chinese opera, art and orchestras.

There are sure to be many more opportunities marking the anniversary until the end of this year, so remember to keep an eye out!