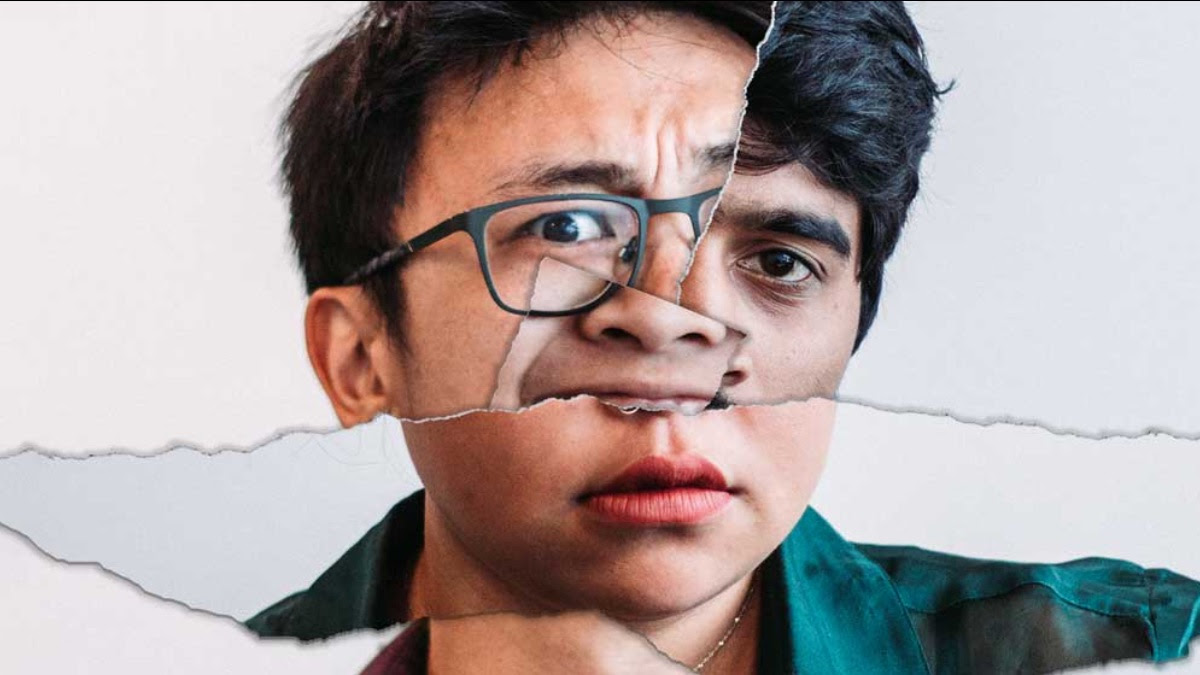 The year of the pig has started off in an interesting fashion. The possibility of tension between New Zealand and China that existed for most of 2018 came out into the open last week through the media reporting three pieces of news. Firstly, the launch of the China-New Zealand Year of Tourism, a promotion that has been in the works since 2017, was indefinitely postponed due to "scheduling issues". Secondly, it came to light that the PM's visit to China, something that had been planned for last year, has also been postponed due to "scheduling issues". Lastly, an article was published in the Global Times, a CCP mouthpiece, warning New Zealand that strains in the relationship could "cost New Zealand more than it can afford".

Many people have joined the dots on these events and have labelled the NZ-China relationship as one that is cooling. The main reason given for this has been New Zealand's ban on Huawei building part of our 5G network for security reasons, something explicitly named in the Global Times article. The conclusion is that China is retaliating over the ban.

However, as Gordon Campbell argues, there hasn't been much actual evidence of Chinese retaliation. Despite the Year of Tourism launch postponement, tourism numbers are up. Jacinda's visit was probably pushed back to make room for Japanese PM Shinzo Abe's one. And one Global Times article does not equal a foreign policy shift. When compared to the real measures China has taken against other countries (e.g Canada), evidence of a rift is thin.

What we'll have to do then is be patient, and see if anything does happen in the months ahead. One consequence of last weeks media storm though is that many more eyes will be on the relationship. It could be a significant year in NZ-China relations ahead. Now if only there was an event about this coming up... 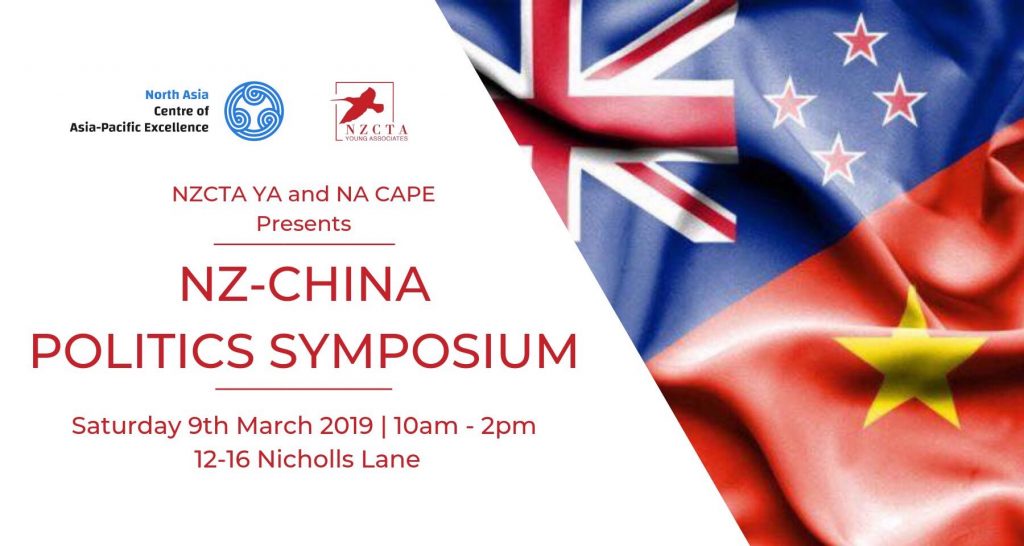 Want to know more about the NZ-China relationship; how it’s been weaved and formed throughout the years? Want to know where NZ’s relationship with China will take us politically, socially and economically? Want to understand what is going on right now? (especially relevant after last weeks developments)

The NZCTA YA and NA CAPE present our launch event for 2019, the "NZ-China Politics Symposium". Come and spend the day engaging and networking with other like-minded young people and hear from expert speakers from both business and academia. Be ready to equip yourself with the knowledge to dispel the myths and discern the ambiguities of the NZ-China relationship.

Earlybird sale ends Saturday 2nd March. Our previous events have sold out so be sure to score a ticket now!

#2. Recruitment: Join the YA Committee!!!

Are you a budding Business Development Manager, Marketing Associate, Designer, Account/Data Manager or WeChat Manager? Or maybe you're interested in involving yourself in an organisation passionate about creating opportunities for youth interested in the NZ-China scene?

If this sounds like you, you're in luck! The team at YA are currently recruiting for the new year and we're on the lookout for talented individuals with skills and passion for our mission. Aside from working alongside an amazing bunch of people, you'll have the chance to gain practical experience and expose yourself to networks and opportunities in the NZ-China scene. 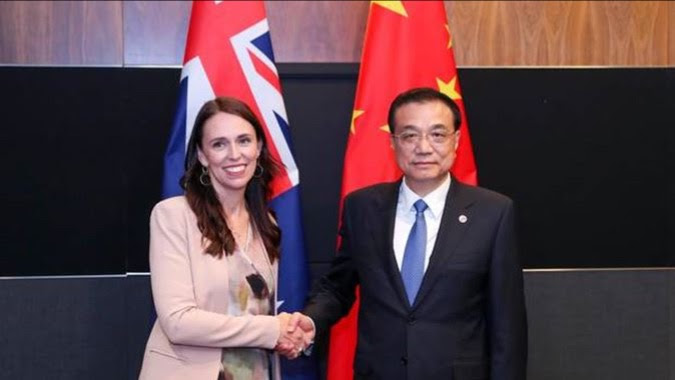 The NZ-China trading relationship has come a long way. Our exports to China last year contributed a whopping $16.6 billion to the economy, and China is now our largest trading partner.

This NZ Herald article succinctly outlines what exactly is at stake should the relationship go bad (though it does include a questionable stat about 290k Chinese nationals). Most usefully, academic Stephen Noakes provides a measured run-down of the state of our relationship and the things that could happen. A teaser for our event perhaps?

#4. Culture Desk: You Are Not Rachel Chu. But What If You Were? 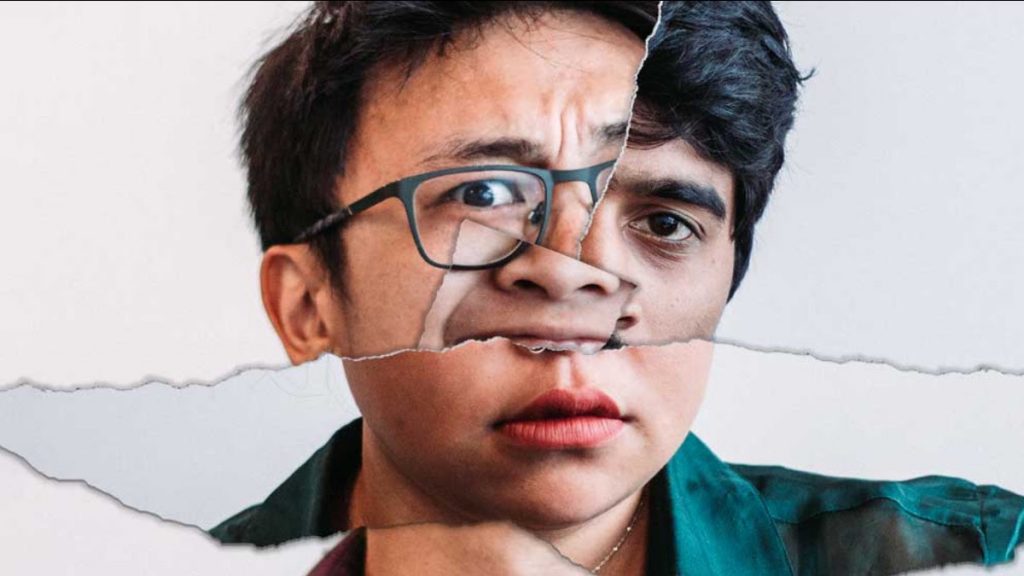 Crazy Rich Asians was a great and important movie, but one can hardly call it representative of the typical life of an Asian (not that it needed to be). This fact seemed to be the main insecurity Asian viewers had when it was released; that people would mistake the Crazy Rich lifestyle as something the average Asian experiences.

This theme is explored in "I Am Rachel Chu", a play that seeks to subvert the best-selling book and movie by superimposing the diverse group of writers in the position of Rachel Chu. As big fans of Crazy Rich Asians, but also people who couldn't see ourselves in that film, we're excited to check it out. It's on until the 23rd of Feb!