A major milestone was finally reached this month: the NZ-China FTA upgrade was agreed in principle.

It's been a long road. Negotiations started two and a half years ago (I remember the first ever NZCTA YA newsletter mentioned it) and it's been over 10 years since the first FTA was signed - at the time China's first with a developed nation.

The results of that first FTA have been economically spectacular, with our exports to China quadrupling, and China also becoming our largest trading partner. Yet as time passed, China signed more and more trade agreements with other countries. Our old FTA, while pioneering and signed when we had leverage, was looking outdated, overtaken in quality by newer ones.

At the same time, China started to play a stronger role in the world, and we started getting more cautious about our relationship, launching a "Pacific Reset" to slow their influence in the Pacific.

This upgrade, modest that it may be, can thus be seen as a sign that the government is happy to look past those issues, in the interests of continuing our strong trade relationship. It's an important next step in the relationship between our two countries. After the massive effects of the original agreement, who knows what this one (when it's signed in 2020) might bring? (Though some preliminary analysis can be found below in our Business Desk). 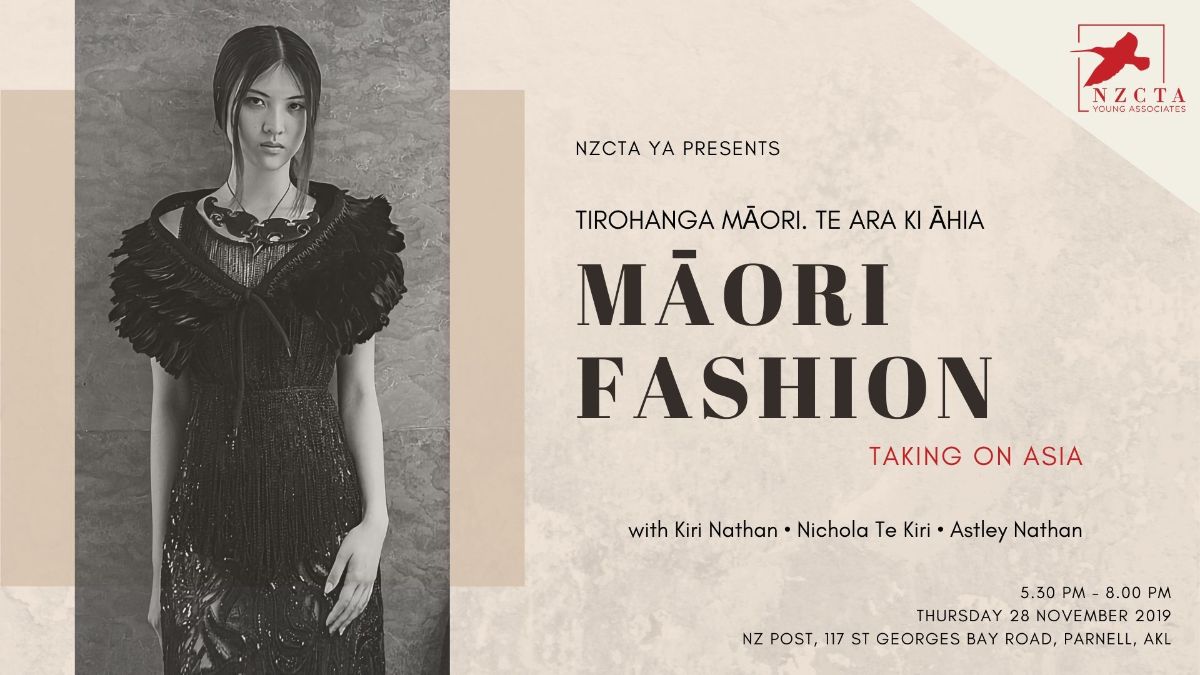 What do Prime Minister Jacinda Ardern, Beyoncé, the Obamas and Meghan Markle have in common? They have all worn pieces by Kiri Nathan, a fashion designer described by Viva as a “national treasure”. Would you like the chance to meet Kiri in person? Then join us at our event on Māori fashion in Asia!

Come and hear Kiri’s story about leading a Fashion Hikoi to China consisting of 15 Māori designers and creatives from the Kāhui Māori Fashion Collective. Her goal for the trip was to help expose small, emerging designers to investors and opportunities in China, and raise awareness of the uniqueness of Māori Fashion and culture on a world stage.

We’re also very excited to have Nichola Te Kiri and Astley Nathan, who were part of the hikoi to China, share their story from the trip. Tickets are selling fast! 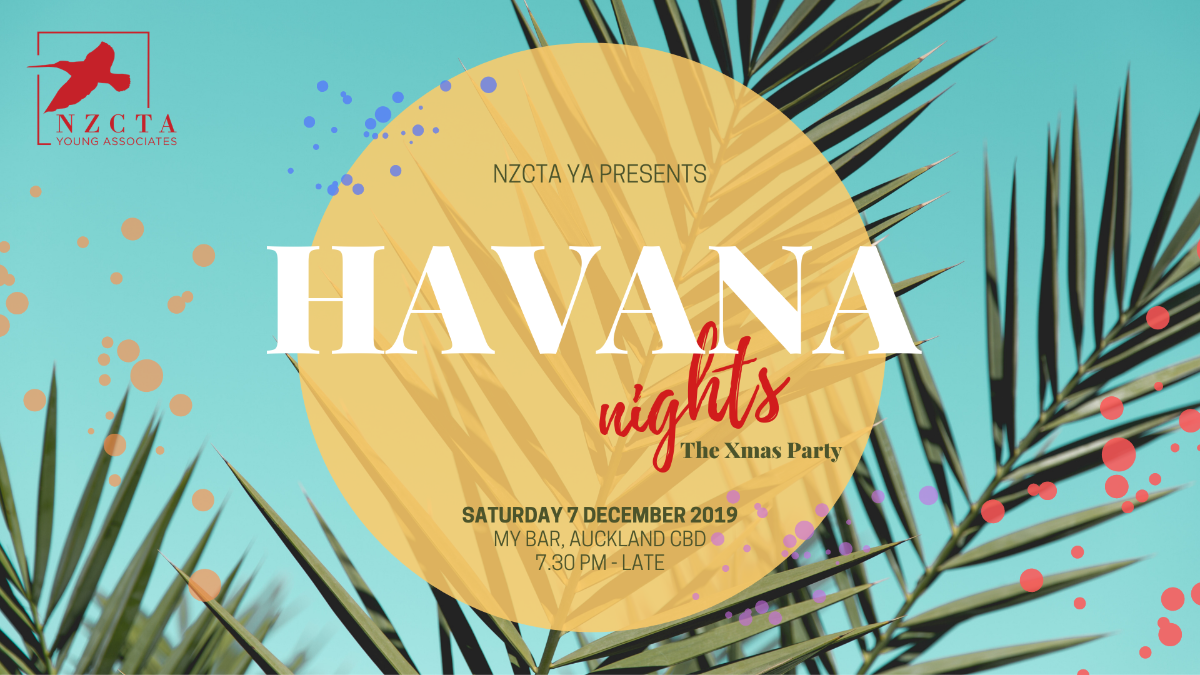 The most festive month of the year got us feelin’ like Havana ooh na-na! (Yes, we like to stay topical with our themes)

NZCTA YA presents Havana Nights: The Xmas Party at My Bar! Rock bright colours, chuck on a linen shirt, grab a chilled drink and party as if your heart was in Havana with Camila and Thugger!

There are extremely limited tickets for this event and there’s somethin’ ‘bout our manners (and banner) that will make you not want to miss out, ooh na-na! 😅

Tickets come with a free drink and there will be another drink for BEST DRESSED, so dress to impress Jeffrey, the fresh graduate on campus!

Tickets are very limited for this event, register here! 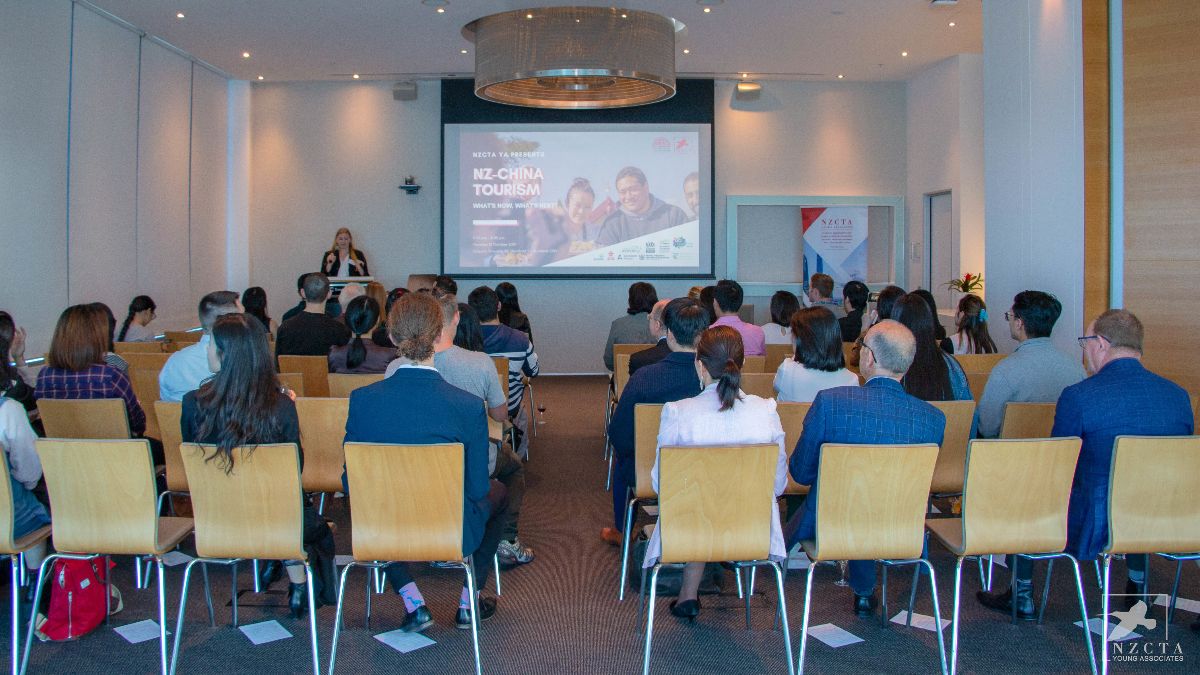 To celebrate the conclusion of the NZ China Year of Tourism, we held a jam-packed NZ China Tourism event. A total of 8 speakers from both the public and private sector discussed the similarities between Chinese and Maori culture, how we can keep our tourism sustainable, and the changing demographics and desires of Chinese tourists.

Thanks again to Christchurch Airport and Simpson Grierson for the generous support.

#4. Business Desk: So, What Was Upgraded? 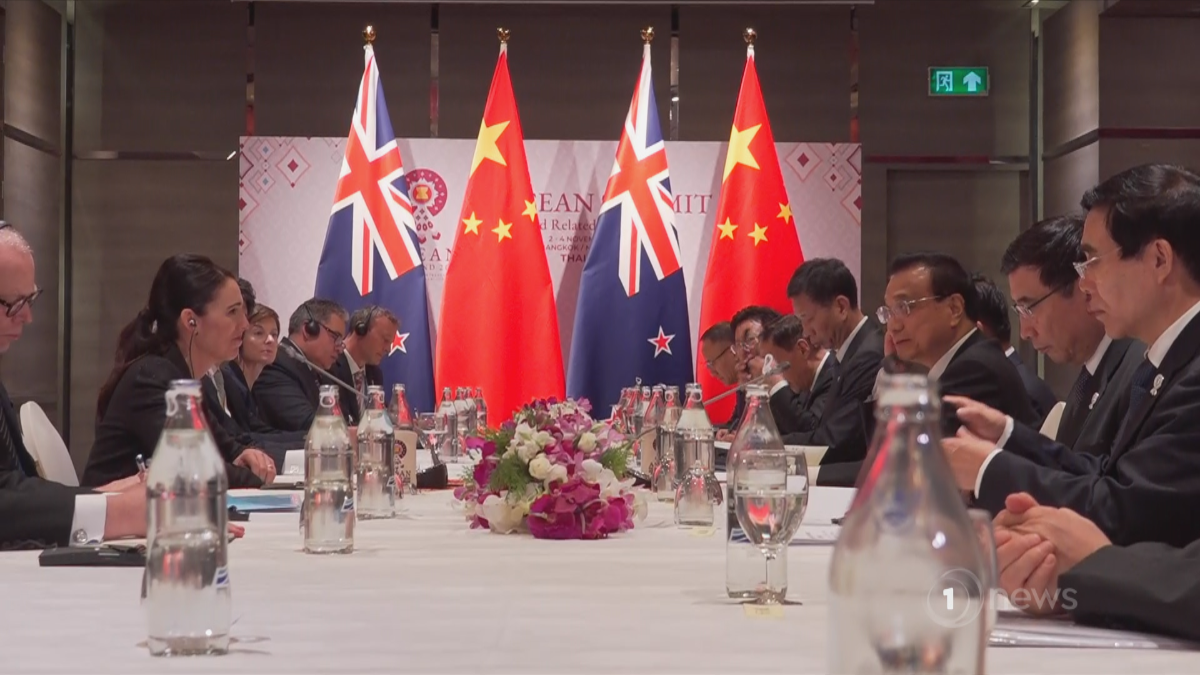 So, what actually has changed with the FTA upgrade?

This Newsroom article does a good job outlining the main changes, and placing the upgrade in context - as a modest success, but a success all the same.

#5. Culture Desk: All Who Live On Islands 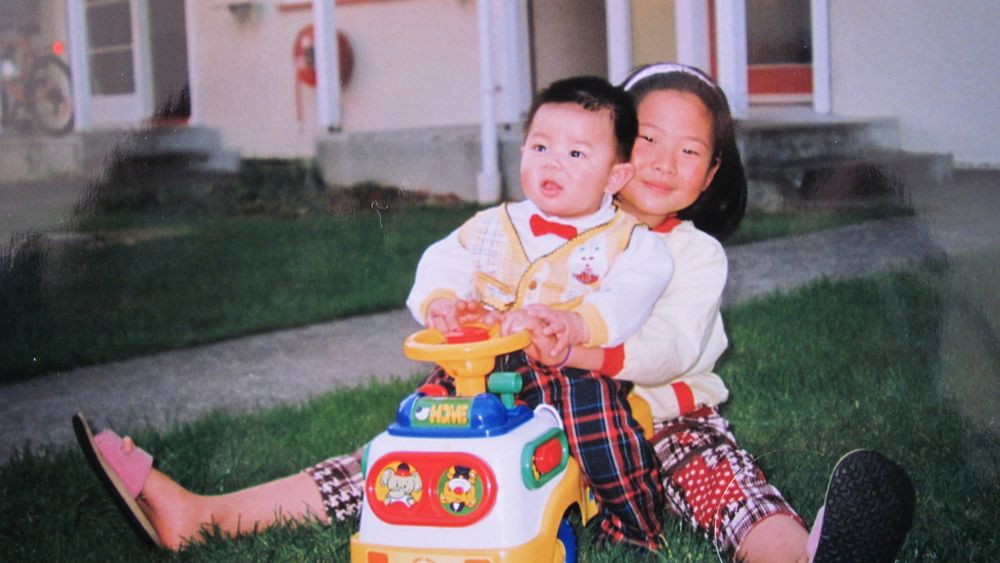 One of the bright spots of this year has been seeing a number of young Chinese New Zealand authors killing it and getting published. This month saw the release of Rose Lu's "All Who Live on Islands". It's a book that seeks to "explore friendship, the weight of stories told and not told about diverse cultures, and the reverberations of our parents’ and grandparents’ choices" aka growing up as a minority in the 21st century.

The Pantograph Punch has published an excerpt, a chapter called "The Tiger Cub". It's a beautiful essay addressed to Lu's younger brother. In one respect, it's a typical story, Lu watches her younger sibling go through his coming of age struggles. But in another respect, it's a-typical; dotted with "particularities of the migrant experience", a Chinese-ness rarely seen in New Zealand media. It's a great read, and it's great to see it published.